DRAFT This is a work in progress. Please let me know if anything does not look quite right or if something important is missing.

Let's get right into it. I am a heteroflexible male with a he/they pronoun and a heteronormative gender performance. What does that mean to me?

Sex: Male. I have a penis and testicles and I probably have an XY chromosome set. That puts me in the male sex. There are some other aspects too that are beyond my understanding. My sex is about my reproductive capacity. To confuse the issue, I have had a vasectomy. Am I still male? Anyways...

Pronoun & Gender Identity: He/They. So I am a heteroflexible male. Does that mean I am a man or a woman? I balk at invites to men's groups, because I do not relate to the vibe there. I don't feel resonance with some of our prototypical men like Arnold Schwarzenegger or Chuck Norris. I also don't resonate with Taylor Swift, Madonna, or Martha Stewart. My gender is somewhere near the middle, but more toward the architype of man. If someone referred to me as she/her, then I would feel surprised, but a full on resonance with he/him is not quite right. Thus the he/they strikes the right balance, for me, and I like to use Mx. Luttin as my title.

Gender Performance: Heteronormative. "You seem like a man to me, Shaun." That's a fair point. My gender performance is heteronormative for a Western Canadian man. I wear old clothing that looks like I am ready to hike or to work in the garden at any time. Gender performance is what you can see of how I express my identity - I could still be a heteroflexible male with a he/they gender identity even if I liked to wear lipstick, wear eye shadow, or wear a dress from time-to-time at the football game. I have worn eye shadow for fun, I have worn a dress for fun, but generally speaking, my day-to-day life has a heteronormative gender performance. I act within the bounds of what Western Canada considers typical for a man.

Okay. So that explains the components, so to speak... onward to words.

Why they? The word "they" is already in common use when we do not know the identity of a person. If a friend receives a phone call at a party, we might express interest by asking, "What did they want?" That implies that we are asking about an individual, but we use the third-person plural for convenience, because neither he nor she is appropriate. Why not use "it" for these ambiguous situations? We do not use "it" because we reserve "it" for the non-human world of animals and inanimate objects. Applying "it" to a person comes across as contemptuous or derogatory. Why not create a new pronoun? Well, other new pronouns such as "zer" and "zim" had some momentum over the years, but "they" seems to have surfaced as common use. As a bit of an aside, there is also the "Mx" title for use instead of the "Mr", "Mrs", and "Ms" that are traditionally in use.

For most of us, that's almost all of what we need to learn about sex and gender to negotiate social situations these days.

Who cares? Among folks like myself - privileged white males, some living in Western Canada - there is uncertainty about what all this means. We have questions like, "Does that mean I need to ask a person's sex, sexual preference, gender identity, and gender performance?" Not quite. We only need to ask when it becomes relevant. Here are some analogies that I found helpful...

In any case, you do not have to be perfect. If you forget to ask, then most people will tell you. Thank you for the dinner invite. Just so you know, I am allergic to shellfish.

For me, it comes down to being considerate of a complex reality that was opaque in the past because of my privileged situation. I like complexity of thinking, because it better reflects reality. Being in touch with reality is valuable to me. I also like language, and I am enjoying the challenge of adjusting mine to suit reality. When I write, I am learning ways to use "they" instead of or in addition to he/she. When I speak, I do the same - it's kind of fun.

Signing off for now y'all, which, by the way, is a terrific gender-neutral second-person pronoun. 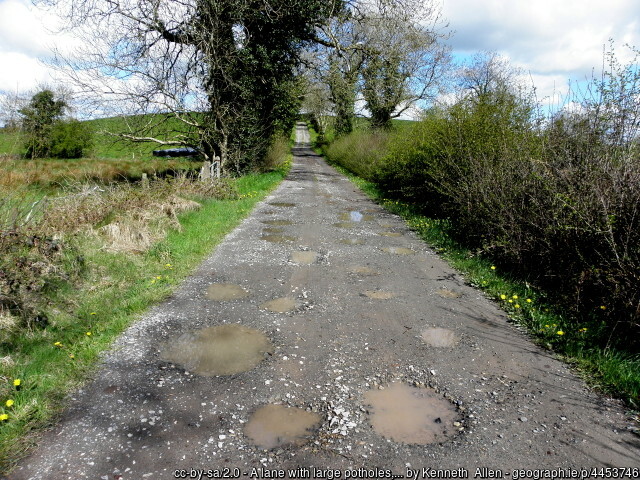 This is an analogy about trying to find a specific bug in a codebase that has multiple bugs. It is 1 am in the morning on a moonless night. A very important person

BigFont Blog
—
He/they from my perspective as a middle aged, privileged white male living in Western Canada
Share this